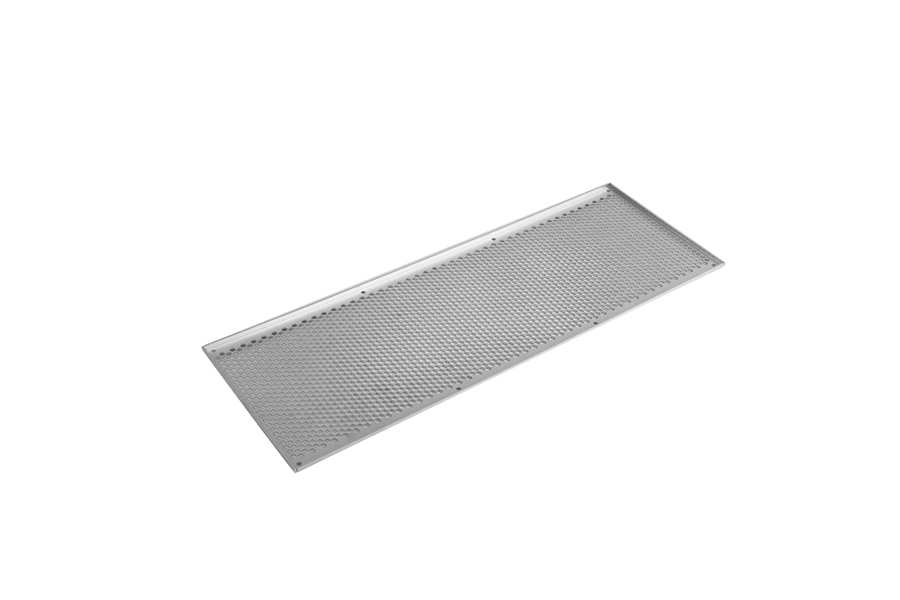 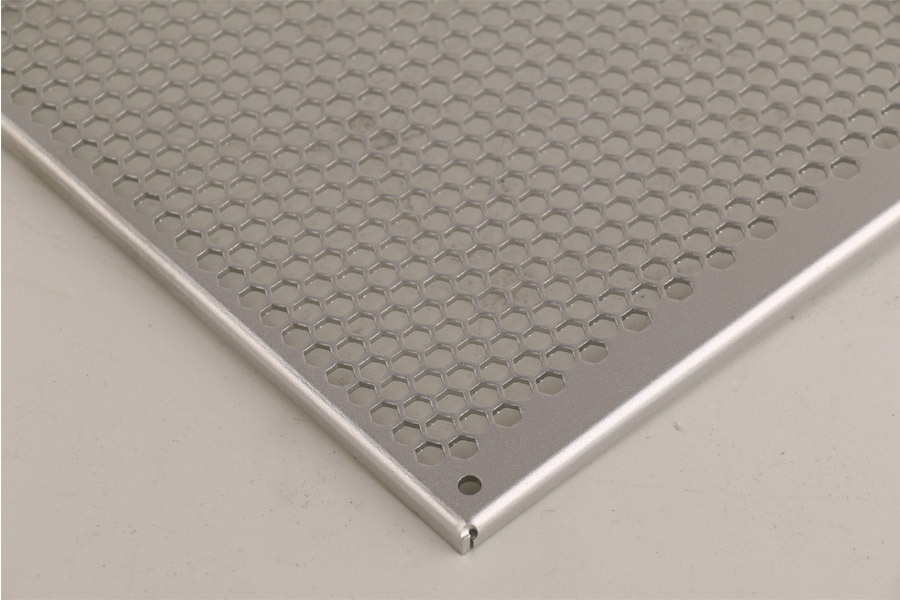 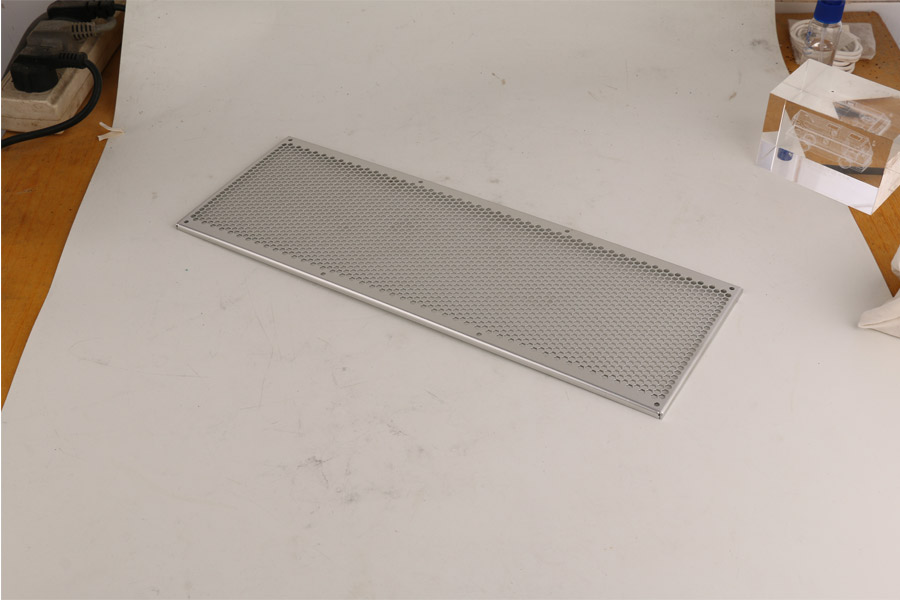 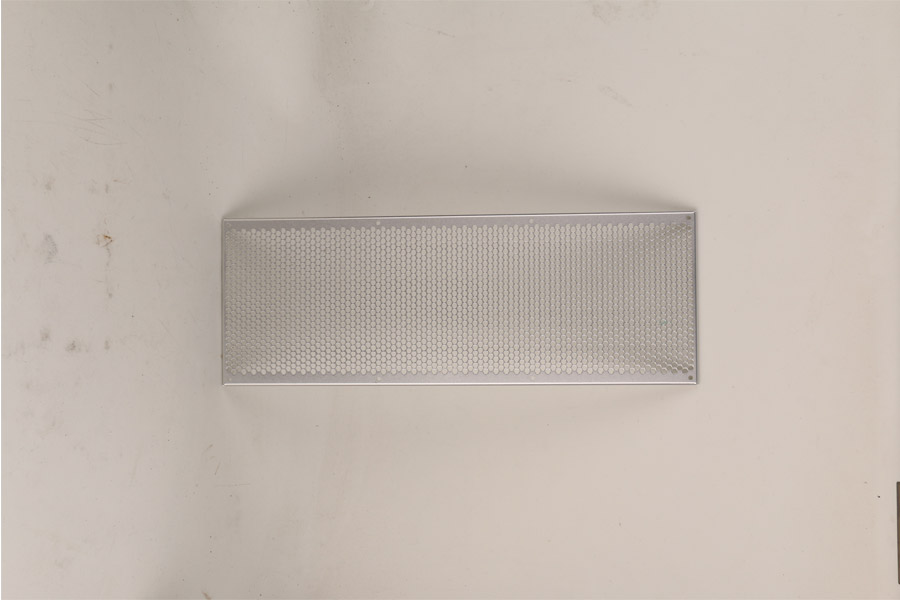 Cutting seam: the slit of the laser-cut aluminum plate is generally 0.1mm-0.2mm

Small thermal deformation: laser processing laser slits are fine, fast, energy concentrated, so the heat transferred to the material being cut is small, causing the deformation of the material is also very small.

Our product is also customized by customers, this is a heat sink cover sheet metal. The original drawings are provided by the customer in 3d or 2d drawings. We program on the computer, laser cutting. Accuracy: ±0.05, all sizes meet customer requirements, we cut the first piece we will check the size, burr size; adjust the laser cutting parameters, so that the cut products are precise and burr-free. The length and width of the sheet can also be customized within 3m. This product uses the standard board: 2440mmx1220mm. Anodizing of aluminum and aluminum alloys Anodizing of aluminum and aluminum alloys.

(1) The porosity of oxide film structure, honeycomb structure, the porosity of film formation and dissolution ability of electrolyte and growth of film formation Speed depends on the type of electrolyte and the process conditions of oxidation. For example, an oxide film formed in a sulfuric acid solution has about 800 pores per square micrometer (pore diameter: 0.015 um, porosity: 13.4%). The oxide film formed in the oxalic acid solution is about 60 pores per square micrometer. The pore size is 0.025um and the porosity is 8%) so we can choose different types of electrolytes according to the different requirements of the oxide film. The porosity of the oxide film makes the film layer have a good adsorption capacity and can be used as a bottom layer of the coating layer, and the oxide film can also be dyed into various colors to improve the decorative effect of the metal. Anodic oxidation of aluminum and aluminum alloys

3. The formation mechanism of the anodized film. The anodizing of aluminum and aluminum alloy is to use aluminum or aluminum alloy as anode and lead as an anode inappropriate electrolyte. The process of generating an oxide film under the action of an applied current, the electrolyte is generally an acidic solution of moderate solubility. Anode reaction: H2O – 2e → O +2H+ 3Al + 3O → Al2 O3 Cathodic reaction: 2H+ + 2e → H 2 ↑